The house changed everything.

Kathy thought as she entered the old house after almost 20 years since the incident. She was still able to remember what went down that awful day. No one believed her that time. She came here today to get some closure. To find answers and, to find Nancy, who won the last game.

“Do we really have to play here? Let’s go to your house.It’s big enough and it has so many places to hide”

“Ha! Nancy, You are scared of the ghost! That is just a story dad told us to keep us away from this place.”

“No, I am not scared! But Cody told me that Kevin saw it here, the ghost of the woman, after that he did not speak to anyone for two days!”

Kathy did not pay attention to whatever Nancy was saying. She wanted to see this place and find out why her father does not allow them to play here. It was just a big old house. A perfect place for first graders like them to play. There were old closets, big wardrobes, an attic, a basement and 5 rooms in total. It was also in a very good shape. But why nobody has lived here for the past 20 years was a question nobody was willing to answer.

There was another reason she was not listening to Nancy. She was trying to locate every place in the house where Nancy can hide. Apparently, Nancy was very good at the game. Sometimes it would take hours for Kathy to find her. She did not want to lose this time.

She closed her eyes and started counting. 1,2,3….She can hear Nancy running away from her. At first, she thought that Nancy is running towards the front door but then she stopped. 13, 14, 15………. footsteps going up the stairs. She must be heading towards the attic. 25,26…..there was a big ‘thump!’. She must be moving stuff around to make a place for her to hide. 37,38,39………footsteps coming down, slow steps. It felt as if Nancy is coming directly towards Kathy. 45,46………Kathy was smiling, this time she thought she will win. Rhythmic footsteps, coming towards her. Now she was confused. 49, 50…..and she turned.

There was no one there. A chill went down Kathy’s spine.

She stood there for a while. Then she heard a sound coming from the room in the far back. She forgot what happened and went to the end of the hallway into the room. There a closet and a big wardrobe. The wardrobe was standing in the middle of the room just a foot away from the closet’s door. Kathy knew that Nancy was in here. She opened the closet. No luck. She went for the wardrobe. She smiled mischievously and called out once, “Come out come out wherever you are!”

“Here!” was all Kathy can hear. It was a faint voice coming from inside the wardrobe. She opened the door with a jerk and stood there aghast. It was empty, just like the closet. She could not believe her eyes. She was sure that she heard Nancy’s voice. She closed the door, hesitated, but called out once again.

“Come out come out wherever you are!” The voice that came from the wardrobe this time was definitely not  Nancy’s. It was not even a voice of a kid. It was a voice of an angry old woman.

Kathy was so taken aback that she pushed the wardrobe, which fell on the closet’s door, closing it shut. She fell on her back but quickly got up and ran towards the front door. She did not look back at all. She could hear that someone was banging doors and shouting her name but she was so scared she did not stop until she reached her own house.

Kathy remembered she blamed herself for years for what happened to Nancy. Nancy’s parents, the police, and the whole town looked for her but could not find her. Kathy never went into that house again. She just shouted at everyone who went inside,”Check the closet! She is in the closet! she must be….”

After some days, her family moved to another town leaving this town, the house behind. Now, after such a long time, she gathered the courage to face demons of her own and also the one that lived in the house.

She knew what she had to do.

She went to the first room, closed her eyes and started counting from 1. 1,2,3….. She heard footsteps going up the stairs. She opened her eyes and ran towards the attic. There was a gate up the stairs to the attic, which got open by itself. She went inside. There was a big hole right in the middle of the room. Then she heard the ‘thump!’. She looked down the hole and found that it opened in the basement. It wasn’t very high, so she jumped into the basement. There were two set of stairs. She heard as if someone was going up the stairs on the right but she could not see anyone. To her surprise, she found out that the stairs opened up in the closet upstairs. 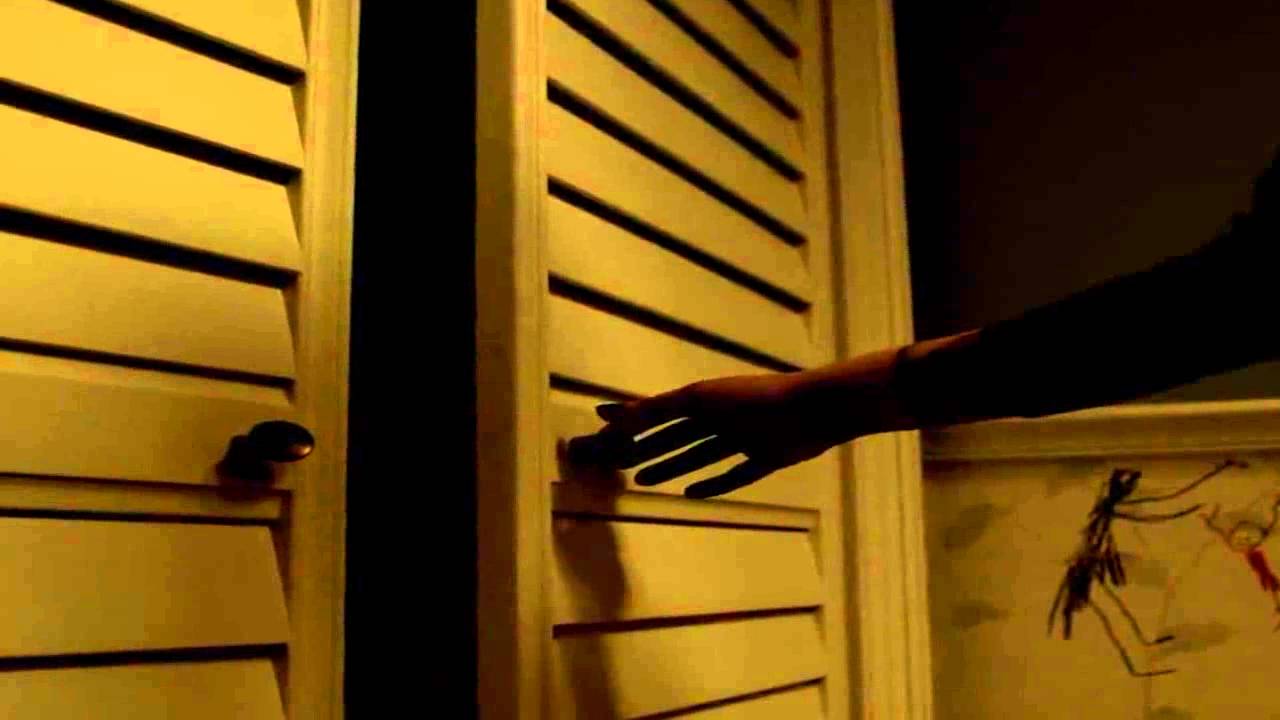 She got out of the closet, closed the door and started crying. She now knew that that day, Nancy went to hide in the attic but she fell down the hole. She must’ve come to the closet from the stairs. But the closet door got shut because the wardrobe fell on it and she could not get out.

Everything was now playing in front of her eyes. She just had one question remaining. Why didn’t anyone else found her?

There was no one there to answer her. She rested her head on the door of the closet, sobbing. In a faint voice, she called out, for the last time, “Come out, please come out wherever you are.”

A voice called out from the back of the door.

This is a fictional account bearing no resemblance to anyone dead or alive.