Hi, guys! Today I am going to tell you about two amazing mini tv series which I saw this month and really liked. Both have quite contrasting but intriguing plot. Both of them are known well in their respective genre. one has war – a highly romanticized subject in cinematic history, and the other has romance, with a thrilling twist. Let’s take a look.

It is an account of a rolling stone reporter about the days he spent with many recon marines during the invasion of Iraq in 2003. It is based on a book by Evan Wright, which was published in 2004, describing his experience of the war. It is a seven-part series with hour length episodes.
The series succeeded in presenting the real picture of the war in front of us. It is not just the stories of heroics shown by the first recon marines, it is a presentation of a part of their life when they were catapulted to the frontier and how they tried to cope with it. One of the best things about it is that there is almost no theatricality. We follow a number of characters with the totally different psyche. Some want to kill everything they see, some are incompetent for their post, some hide their nervousness with jokes and some just want this war to end. War brings them all together. When they fight, race, color, religious or sexual orientation doesn’t matter. But this war is also taking some of them away from humanity as well. The series successfully showed that the operation undertaken in Iraq was far from perfect.

The series follows Sgt. Brad ‘Iceman’ Colbert and his team. Iceman is the representation of sanity in the turmoil of the war, which is played by Alexander Skarsgard pretty efficiently. Other than that, I really liked the parts played by Stark Stands (Lt. Nathaniel Fick), Chance Kelly ( Lt. Col. Stephen ‘Godfather’ Ferrando), Eric Nenninger ( Cpt. Dave ‘Captain America’ McGraw) and Rudy Reyes (Sgt. Rodolfo ‘Rudy’ Reyes).
Sure, it’s not “Band of Brothers”, but it is a great watch if you want to look beyond what we were told about the situation in Iraq at that time. 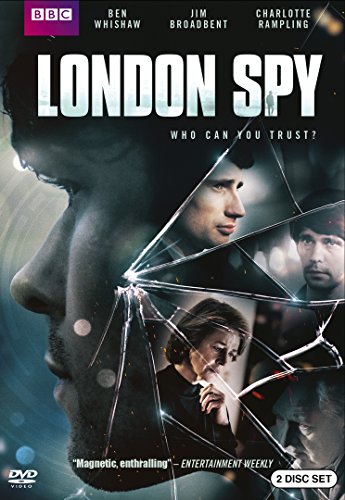 London Spy is about a guy who meets another guy, fell in love and decided that this is the person he can spend rest of his life with. Until the other person ends up murdered. After his dreams being shattered, he found out that there was a lot which he did not know about his boyfriend, who happens to be a spy. Also, he has to clear his name as a suspect. He refused the stories being fed to him and took it upon himself to fight the unknown resisting forces to find the truth about how the man he loved so much ended up dead.
I love to watch Ben Whishaw onscreen. I can watch anything he is in. In this five-part series, he played the part of an innocent lover of a spy with amazing finesse. On top of that, you’ll get to see Charlotte Rampling’s mysterious portrayal of a mother who just lost her son. Also, special mention should be given to Jim Broadbent for playing a Man Friday to the lead character.

The series follows Ben while he tries to find out who killed his lover and why. He is so unsure of what is going on but he is sure of one thing, Alex (his lover, played by Edward Holcroft) loved him more than anything. This gives him the courage to tackle anything which comes between him and finding the truth. One thing which I had a problem with was his amazing abilities to fill the holes in the stories. Many times it feels like he would come up with a connection between things on his own just like that.
Nevertheless, the series is an amazing watch. It has a lot of twists and turns but mostly what I loved were intense conversations between crucial characters.