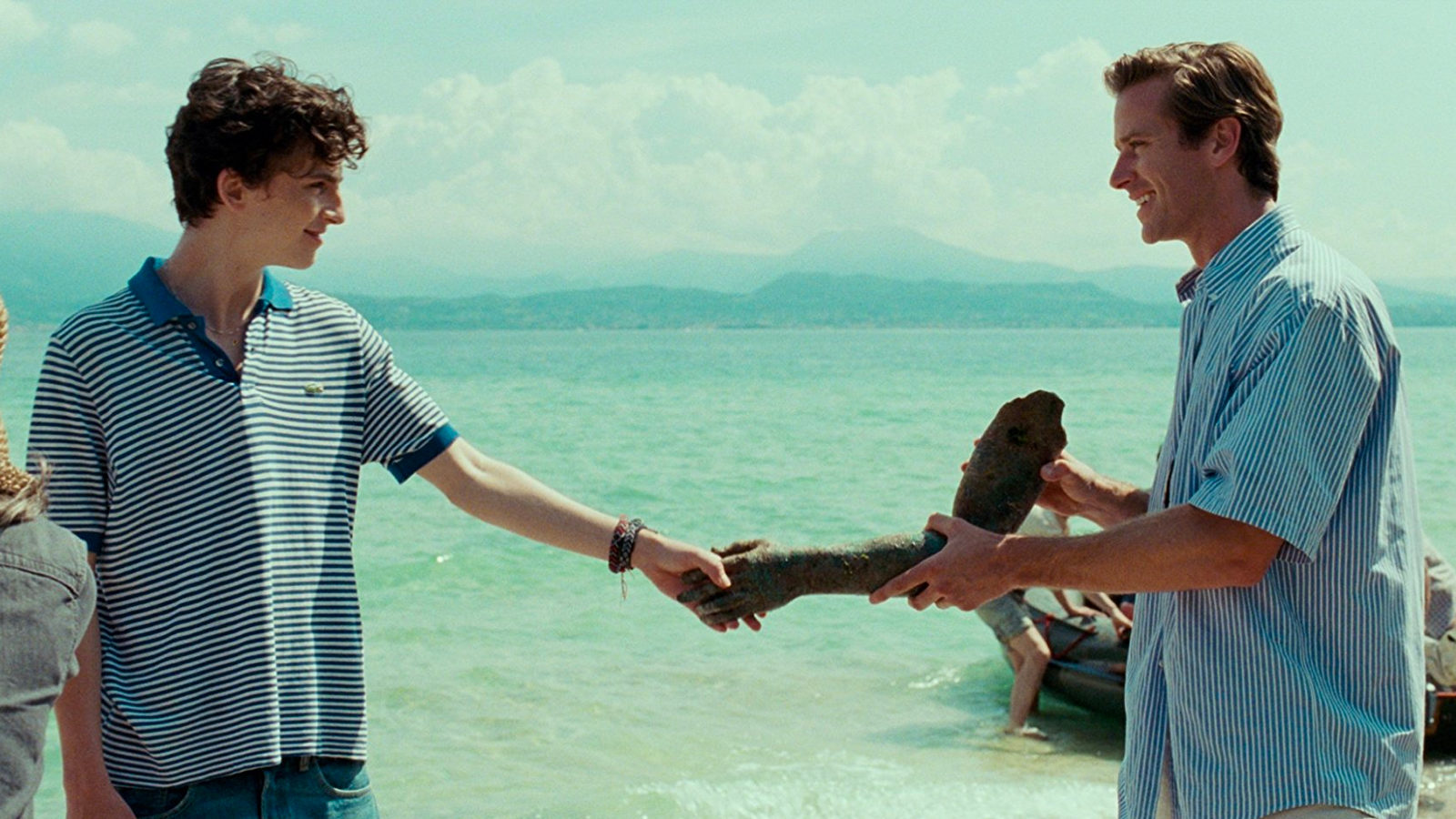 I saw Call me by your Name yesterday. While I was watching it, I couldn’t help but wonder how much it reminds me of Brokeback Mountain and Before Sunrise. All three of these movies are about two beings falling in love with each other in the most natural fashion. So today I am writing about how much I adore these movies, how they have left an impression on so many of us while also reviewing Call Me by your Name, which is on an award streak this year.

Let’s start with the one I love the most. Before Sunrise. Richard Linklater does it right every time and history knows it. But when I first saw this movie, I was just a teenager who was perplexed to see how the whole movie is just a long conversation between the protagonists. I wasn’t sure if I liked it because OBVIOUSLY I liked it, but I couldn’t get this around my head that such a brilliant thing can be made out of just a piece of discussion between two people. But that’s how it happens, doesn’t it? 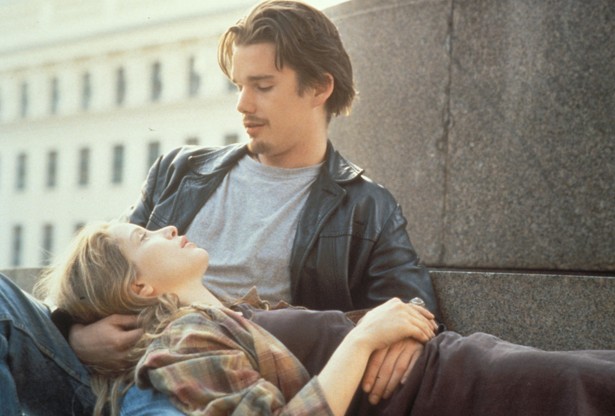 Love, what some people might call it, happens in actuality when people share with each other their perceptions, beliefs about something, their habits, disliking etc. In the movie when Jesse (played by Ethan Hawke) and Ćeline (played by Julie Delpy) meet they instantly strike up a conversation which embraces so many aspects of life that we cannot help but nod in an affirmation that yes, this is how it happens. In the end, when they part ways, the audience is convinced that this encounter of theirs was unquestionably worthy to be termed as ‘falling in love’. Hence the movie was triumphant in making the audience fall in love with itself. The two movies after that were like living the dream once again. Watching two rational characters, meeting again, talking, loving and growing old together, and sure they have their disagreements, who doesn’t? No two people are same, but that just adds to how genuine the whole series was! After that I made sure that I will not miss any of the Linklater’s films because he doesn’t make stuff up, he captures reality.

Then, I watched Ang Lee’s Brokeback Mountain. It was my first flick which featured two gay characters. Not being aware of how that dynamic would work, I watched it as I watch any other romantic drama. I still count it as one of the best romantic movies I have watched till now. Played by two talented actors, Jake Gyllenhaal and Heath Ledger, the main two personas were shown portraying all the complex sentiments that come with falling for someone, especially in a forbidden relationship. Also, whenever I discuss Brokeback Mountain, I do not miss to say how much I love Michelle William as a supporting actor here. One thing the movie does give you to add to the theatricality of it is amazing dialogues which will stay with you. The famous ‘I wish I knew how to quit you’ is one of the most influential dialogues in the history of Hollywood.

But Call Me by your Name is not a romance, not your usual one. It will not give you a hint at exactly which point the characters fell in love with each other. Because for many of us it doesn’t happen that way.

I remember my first crush, it was a mess! Everything I used to do around her was somehow a performance to build an image in front of her, to make her notice me. Yesterday when I saw this movie, all that came rushing back. 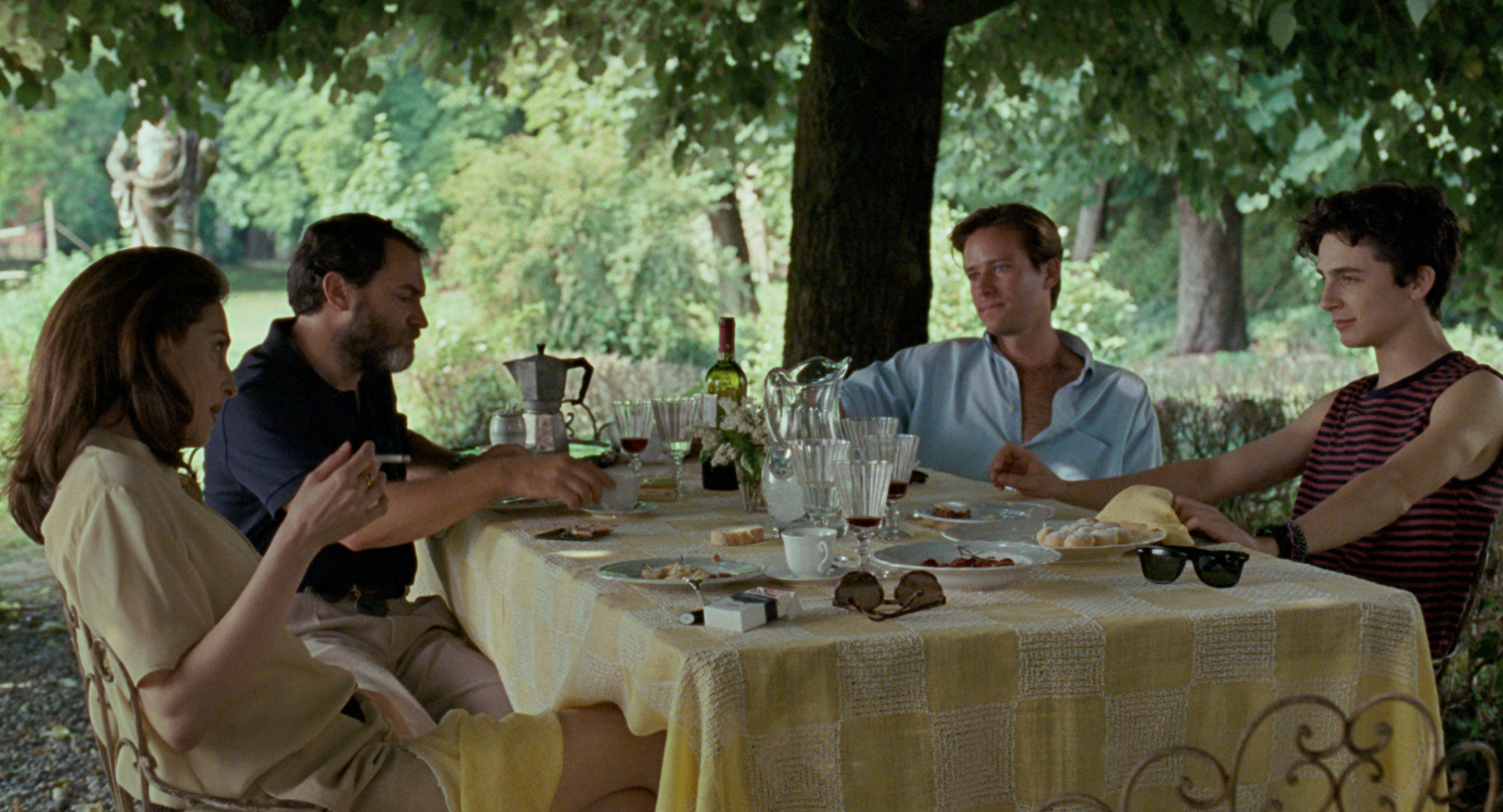 Call me by Your Name is a story of a teenage boy in the 1980s going through all those feelings which I went through when I was his age. That’s why the audience will connect with it, regardless of their sexuality. The character, played splendidly by Timothy Chalamet, is in a conflict with himself about what he is feeling and what the other person feels about him. The other person, played by Armie Hammer, is a young attractive guy who came to live in the house of our protagonist. He has different problems. He is not only in a conundrum if his feeling is genuine or not, but is also in a constant battle with himself about what if what he is feeling is not taken well with the society around them. At the same time, he is asking himself, does it matter? They have little time left with each other, so why not enjoy it while they still can.

The movie has everything there is to make it sincere. The said and more importantly, unsaid things, the sexual tension which sometimes is so clumsy that you can only mildly chuckle and sudden extravagant upheaval of a need to be close to each other.  The film is shot in the magnificent landscape of Italy with each frame comfortably fitting the mood of the characters. The music is light and flawlessly synced. Special mention should be given to the two songs by Sufjan Stephens, especially ‘Mystery of Love’ which is going to be on my playlist forever. The supporting cast is phenomenal. Michael Stuhlbarg (you might remember him from Fargo season 3) and Amira Casar are just marvellous. They did most of the heavy lifting in gracefully putting dialogues which could’ve gone awfully out of the theme of the movie if not backed by powerful acting.

This is what I liked most about the film. It talks about a relationship which is wrong in so many ways in 1983. But the storytellers want you to look past it and see two guys falling in love and savouring each other’s companionship during a summer in the 80s. The conflict is not with the world, it is within. It is what you want to say but you’re too afraid to say it. You’re afraid of the result of it. But at the same time, you cannot help but imagine what would happen if it all goes down the way you want. The direction by Luca is so effective that you can appreciate it throughout the movie. It’s beyond my understanding how he made us look at every small detail without even emphasizing it. I recollect I was closely observing every expression on every characters’ face because all of them were saying something, even when they weren’t. 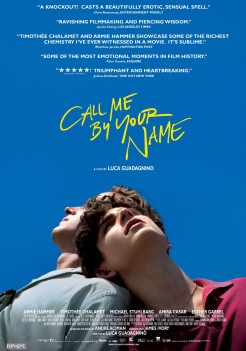 All these things made me remember the two beautiful films we discussed above. The movie deals with the same kind of love as it was in Brokeback and puts it in front of the audience as subtly as it was put in Before Series.

All this makes Call Me by your Name one of the best this year has to see. I have to see other Oscar contenders yet but so far I won’t stop at saying I liked it. I would say that I liked it so much that I think this movie should win, and most importantly even if it doesn’t, it will always remain one of those which left a long-lasting impact on me.