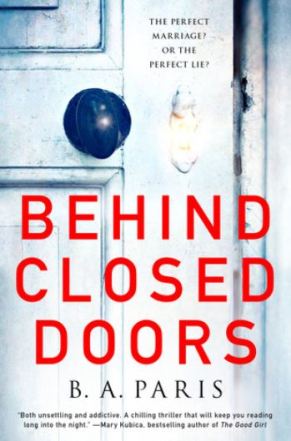 A family is a fundamental building block of a society. Marriage is a means to keep it together. There are times in every marriage when this bond is tested. Every couple has some problems which they choose to hide from the world and try to resolve by themselves. Still, there are signs like, you may notice the bitter disagreements, irritated grunts or uneasy silence which tell you that the couple is going through some issues. But once in a while, we encounter a couple so perfect, it makes you wonder if this is even possible?

Grace and Jack are one such couple. Both are smart and attractive, live in the perfect home and have a perfect life. So much so that people around them can’t help but admire them. Grace and Jack put up such a good vibe together in front of people. That’s why no one has any idea what happens behind closed doors. The thing is that Grace is in desperate need of help. It’s because Jack, the guy she married, the one she fell in love with, is a sadistic maniac and highly functional psychopath.

Behind Closed door by B.A. Paris is a psychological thriller. That’s why we are made aware of every emotion Grace goes through. The parallel narrative for past and present events creates curiosity as the readers can’t wait to see when these two will overlap. Vigilant attention is given to details in describing the confinement of Grace both physically and mentally in dealing with Jack. Although, occasionally it feels that the author went overboard in placing the wickedness of Jack in our mind. Instead, she could’ve gone for a more detailed backstory to present the complexity of him being like this. This was particularly annoying to me as I have read (and seen) my fair share of psychological thrillers and one thing which always set aside the story is making it known why the killer/psychopath is so twisted.

A little depth here would’ve gone a long way. Nonetheless, the book does seem to interest us, especially in the end. The last few chapters are tight and make you feel pleased. As we all must’ve felt that we are usually partial when judging a book by its ending, I too felt quite satisfied after the book ended. Although I do have my hesitations about the things I mentioned above, still I will recommend this to those who like psychological thrillers like The Girl on the Train. And for those who want to learn the ingredients of a happy and successful marriage, stay the hell away from this book!

3 thoughts on “A Perfect Marriage? – Behind Closed Doors by B. A. Paris (Review)”