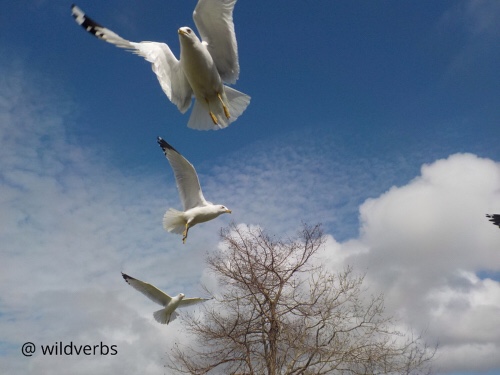 He was running as fast as he can. After about 2-3 miles, he turned around. To his relief, the birds have stopped following him. He took a deep breath.

He was asked to analyse the peculiar behaviour of birds in this particular area. He was always looking forward to such cases. But this time was different. He knew that as soon as he took his camera out. He clicked one picture and the birds went mad. The sky became dark as thousands of birds started circling right above him. Then, a few of them charged towards him. That’s when he chose to run instead.

He made a mental note that if he comes out of this alive, he’s going to find a boring job in the city and stick with it. He took out his phone, which was turned off,  to check the signal. As soon as he turned it on, he knew he made a mistake.

The birds have found him.