I’m Ayesha. I’m one of those for whom nothing changed after the lockdown as we anyway stay indoors as much as we can. Instead of going out and ‘socializing’, I’d love to snuggle in my blanket and play video games all on my own. I keep in touch with the few friends I have. I do realise that they are in agony over not being able to go out and hang together but I really can’t understand it. I mean why is it so hard if you’re not able to meet someone for a few days?

Well, it all changed for me one unfortunate day. It was late at night when I decided to take a break from playing Skyrim. I made myself some coffee and took a chair to sit in the balcony. All of the lights were off in the building right in front of the balcony except one. It was the flat two floors down from mine with some peculiar fairy lights hanging from the ceiling of the gallery. It caught my eye because the lights were like someone froze water droplets just before they were about to fall. They were beautiful. I don’t know for how long I gawked at them, but then I heard a whistle.

I looked down and there she was.

Holding a book in her hands, she was standing below the lights staring directly at me. I understood that she must’ve seen me looking like an idiot and whistled. I froze for a second as I don’t usually know what to do in such situations. Then, she smiled and waved. I waved back, almost involuntarily. I saw her lips move as if she was trying to say something. When I signalled that she’s inaudible, she screamed at the top of her voice, “WHAT’S YOUR NAME?!”

It scared the hell out of me. Lights went on in several flats and I saw her running inside. I ducked in my balcony and laughed so hard that tears came out on my eyes.

Same time next day, I went to the balcony and there she was. Her look confirmed that she was waiting for me. She was a night owl just like me. She went to the switch of the fairy lights and turned it on and off several times. I didn’t get it. I signalled her again, spreading my hand, gesturing, “What are you trying to do?”. She looked confused for a minute and then looked at me for 2 seconds before shouting, “MORSE CODE!!!”. 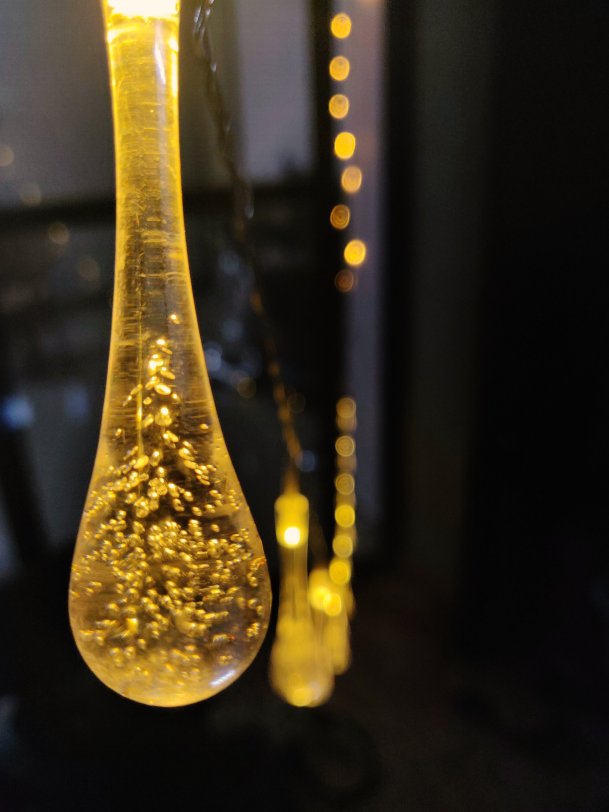 The same routine took place. She ran inside, lights went on all over, I ducked in my balcony and laughed for even longer. I was exhilarated that she was eager to communicate too.

Next day, I took a pen and notebook to write down the code. Also, I copied the Morse sheet from the internet and borrowed a torch from my father’s toolbox. She was waiting with her hands on the switch. She was pleased to see my whole decoding setup.

I was rusty at first, but it became easier as we chatted almost every day for hours. Her name was Rhea. She was reading ‘Love in the Time of Cholera’ by Gabriel Garcia Marquez. She loved going out. Her ultimate goal was to taste the coffee of each and every café in the city. In many ways, I found her very different from me. But one thing matched. No one mentioned exchanging contact details to make this conversation simpler. I guess both of us loved our old fashion way of chitchat. It was electrifying, romantic even. It was clear to me after some time that I’m falling for her.

I was never going to tell her that. Years of training of being an introvert has made me weak. Besides, I had no idea if she would be interested in a girl like me, or girls in general. But it was becoming hard every day to stop myself from telling her how much I longed to touch her face.

The day before yesterday, I got a bit late as my parents were up and we were talking for long. When I came to the balcony, Rhea was sleeping on her bean bag below the lights. I brought the chair and sat there, looking at her for hours. Next night, she told me she saw me sleeping in my balcony early morning. I apologized for being late. She said it’s okay but she missed me.

I felt like a light turned on in my heart. I stood up and flashed the torch, telling her that I missed her too. I told her that I almost wanted to wake her up but she looked so beautiful sleeping that I couldn’t.

We both were silent for a while. She turned, I thought she’s going inside but something stopped her. She turned back and went to the switch and flashed. I copied the code and read it.

“When the lockdown ends, would you like to go on a date, gamer girl?”

I was smiling ear to ear. I came to the edge of the balcony and shouted, “YOU BET!”

Lights went on! But we stayed still, looking at each other smiling while people were shouting all around us.

Now, I’m waiting desperately for this virus to die down and the lockdown to end so that my parents would allow me to step out of the house. But most importantly, so that I can meet her. Now I understand what my friends feel like when they’re not able to meet someone for so long. It’s agonizing, for sure.

Again, totally fiction! But if there is someone like Ayesha out there, I hope you meet your love soon.

1 thought on “Love in the Time of Pandemic”